Paola has been a hairstylist since 2001, graduating from the Jean Madeline school. She is also a licensed Esthetician since 1997. Paola has ample experience with hair care, and has worked on the main line extensively. What attracted her to Hairs To You is the personal and intimate atmosphere and the clientele it attracts. Among her strengths, Paola is excellent with all types of haircutting, and she gives fantastic blow outs! Paola is a wonderful listener and her warm and calming nature puts anyone around her at ease. Paola has two beautiful children, which makes her great at cutting children's hair as well. Paola specializes in skin care, hair cutting, coloring, and styling.

Paige is a dynamic stylist who always has had interest in hair. A Southern girl (with the warm personality and easy going nature to match), Paige attended Griffin Technical college in Griffin, Georgia. She graduated in 2005, but started doing hair even before graduating for weddings. Paige began her career in Georgia before moving north to the Philadelphia area in 2006, and purchasing the salon from the previous owner in 2008.

Paige loves coloring and specializes in Balayage highlighting among many other coloring and cutting techniques. Though Paige's absolute favorite part of the industry is weddings- specializing in retro and vintage styling/updos and makeup.​  She is bilingual in American Sign Language, and welcomes deaf and hard of hearing clients in the salon. Paige has a strong commitment to continuing education, and is always seeking to learn new things in order to be the best style asset she can to her clients, and providing access to education for her employees. 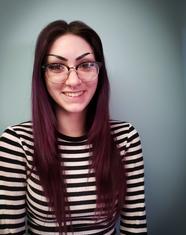 Amanda has been doing hair since 2006, after attending tech school in high school and finishing up at Landsdale School of Cosmetology. She has an older sister that's a hairstylist as well, and watching her made Amanda interested in doing hair.  She got her start assisting at a salon at 15, then started working full time after graduating.

Amanda's favorite part of doing hair is making people feel good about themselves and building personal relationships with clients. She feels that she has a strength in doing color, but loves to cut hair as well. Amanda likes working at Hairs To You because of the laid back atmostphere and the close-knit feeling between the stylists.

Sam (or Samie) graduated cosmetology school in June of 2019. She worked at Hairs To You during school, gaining experience in the "real world" and school simultaneously. Sam has enjoyed learning from all the stylists at the salon and is building her own book in 2021! She is so naturally talented and has the skills and hunger to learn to back it up. Sam has been such a fun edition to the Hairs To You family and we are so excited to watch her continue on her path.

Sam is extremely passionate about makeup, and is already an accomplished makeup artist, having worked at New York fashion week while still in cosmetology school. She is great with haircuts, awesome with kids, and does beautiful color work! Book with Sam for your next appointment! 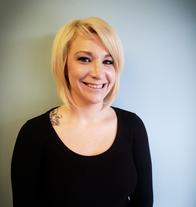 A philly native, Ayonné has been doing hair since middle school, but has been officially a hairstylist since 2008. Because she grew up in the salon industry (her grandmothers on both sides were stylists and salon owners), Ayonné always knew that she wanted to be a stylist. At her first salon, she encountered a mentor that helped her to stop doubting herself and made her realize she could do anything she put her mind to. With her natural warmth and friendliness, it’s no surprise that she considers her biggest strength as a stylist to be listening to her client’s needs and concerns.

Ayonné was attracted to Hairs To You because of the warm and welcoming atmosphere,  Among other things, she specializes in fabulous bobs, dimensional coloring, and spectacular blow outs. Ayonné loves to bowl, go to the movies, do special effect makeup, and to spread joy by making people feel good about themselves and giving something back. Her motto is to live life to the fullest, learn everything she can, and stay humble!